The Pastry Pub was originally opened as a little coffee shop in Cedar City in 1999, but shortly after their doors opened, they decided to add some good eats to their menu! And boy are we glad they did. The menu now offers 7 different salads, a good handful of hot sandwiches or subs and some of the most delectable pastries (obviously). Their menu is pretty delicious and we don’t think anyone should miss out, we are certain there is something there for everyone. 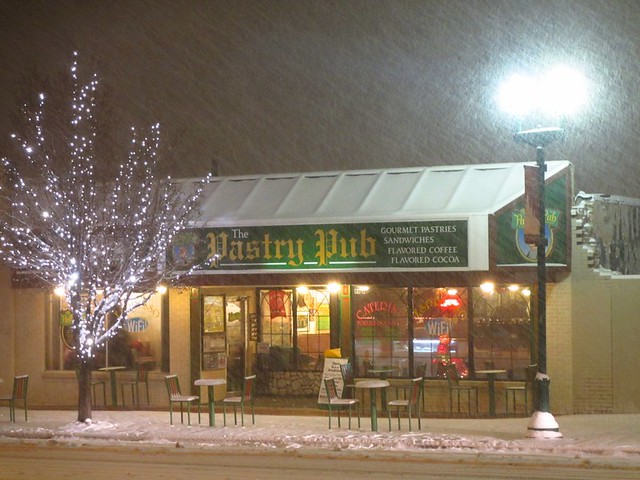 Even their moe simple sandwiches like the ham and turkey on a cheese bagel and some chipotle spread is certain to satisfy those tastebuds with flavor! During the warmer seasons, keep a look out for the Summer Berry Salad (personal favorite), crisp romaine lettuce, blueberries, strawberries, almond slivers and the best berry vinaigrette that I have had thus far.

The location is prime, especially in the summer being that it is kitty corner from Cedars most prized festival, The Shakespearean Festival. This is the perfect place to eat a good dinner before popping into a classic Shakespeare play!

Want to join the discussion?
Feel free to contribute!